In environmental and agricultural testing, the terms pesticide and herbicide residues are typically used to describe trace amounts of the chemicals themselves, or elements which as a result of these chemicals breaking down – that remain in organic matter such as fruit, vegetables, soils, air or water.

In alignment with the Department of Agriculture, Water and Environment chemicals that may be detected as residues can include: 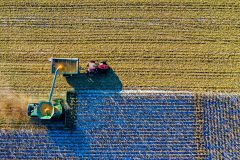 These chemicals, which play crucial roles in the production of fruit and vegetable crops, as well as livestock, can also be harmful to humans and animals if the residues present exceed established health and safety regulations.

The Australian Pesticides and Veterinary Medicines Authority also provide regulation in this space.

In Australia, FSANZ and the ANZFRMC set the residue standards, and the standards are published in the Australia New Zealand Food Standards Code (ANZFSC). 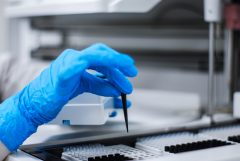 For a free quote or a discussion how Leeder Analytical can assist you with your chemical residue testing and analysis requirements please contact us today via the form below, or on 03 9481 4167.

Who we work with?

These professionals choose to work with Leeder Analytical because we offer reliable and accurate testing, as well as extract key insights from the scientific findings.

Some of the organisations we have worked with includes:

They choose Leeder Analytical because they’re able to trust in the speed, effectiveness and efficiency of our processes, and importantly the accuracy of our results and interpretations.

Our testing methodology has been developed, accredited and validated to detect chemical residues at ultra-low, trace levels using our purpose-built laboratory and state of the art instruments.